Jay Patrick, Executive Director
Jay founded LVS in 2013 and is responsible for building awareness and raising funds to further the mission of helping homeless veterans get a second chance at life. Jay leads LVS with the guiding principles of Respect, Integrity, Compassion, and Fairness.

Fletcher Johnson is the Program Director here at Liberation Veteran Services. He has been with LVS for six years. Fletcher is a graduate of Randolph Macon College with a degree in Sociology. Helping people has always been his passion. Fletcher also taught school for 26 years helping young people reach their educational goals which made an easy transition to help Veterans who had fallen on hard times restore their lives. His personal mission of helping people drives him in his efforts to help Veterans. Watching them come into LVS with substantial problems, working with them, and watching them leave with permanent housing gives Fletcher complete satisfaction.

“The support we give our clients while in our facility and after they move to permanent housing is amazing. I LOVE coming to work every day knowing I am making a difference in the lives of other individuals. I am part of a great and caring organization!! I will always be grateful for this opportunity!!”
– Fletcher Johnson 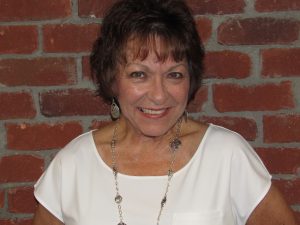 Formerly with FREEDOM HOUSE, Kathy Crouch has faithfully served the homeless community for 21 years. She possesses the title of Administrative Assistant/Bookkeeper and in addition, she schedules and maintains the Meals Program with our volunteers. Kathy works with our donors on all levels, handles all in-kind donations, maintains our clothing closet for our Veterans, and handles all of our fundraising events. Her background was in the corporate world, and started her career to help out and quickly realized that helping people is her passion.

Malik Shabazz, Case Manager/Substance Abuse Counselor has been with LVS for three years. He is a Richmond native with over 30 years of experience working in the Human Services Field. Malik has a true desire, passion and skill set to relate to and assist our veterans to reach stability in their lives.

Desiree Taylor has worked with the homeless veteran population for the past 4 years in Richmond, Virginia. She has been an integral part of notable programs, such as Supportive Services for Veteran Families with Virginia Supportive Housing, Gateway Rehabilitation for female offenders with dual
diagnosis’, Team Lead and Housing Specialist with Focused Outreach Richmond and now holds the position of Housing Stabilization Manager with Liberation Veteran Services. Currently, she is the Team and List Coordinator of VetLink, a coalition of providers who meet to facilitate the end to Veteran homelessness. Ms. Taylor served in the United States Army from 2011-2015 as a Mental Health Specialist, assisting soldiers with mental health concerns and educating soldiers on self-care pre and post deployment. Desiree completed her Bachelor of Science and her Master of Science in Criminal Justice Administration at Point Park University in Pittsburgh, Pennsylvania.

Kelly Tumlin is a Veteran Case Manager who carries a caseload of about 12-15 veterans . She is a spouse of a Disabled Veteran and was also in the Army Reserves. She has been working with Veterans in homeless services for about 8 years and enjoys assisting them on their journey to permanent housing.

At LVS, we are fortunate to have an amazing Advisory Committee that helps us in the area of Strategic Planning, Fundraising, Accounting
and Marketing.

To succeed as a non-profit, we need an admirable mission and support. To excel, we need clear, achievable outcomes and a first-class network. Luckily, LVS is in a position to excel, thanks to the efforts of our outstanding volunteer LVS Development Committee comprised of Wallace Stettinius, Alex Smith, and David Wilson. Since 2016, this savvy trio has donated their time and expertise to spearhead our fundraising efforts. With their wise counsel and leadership, Liberation Veteran Services has a solid, long-term strategy to raise $350,000 annually to meet our budget. Their commitment to ensuring veterans in crisis have the care and support they need is truly inspiring. We are so grateful to have them on our team.

Wallace Stettinius is an astute, well-respected businessman, teacher, community leader, and mentor. Many consider him a guru and visits with him are essentially a trip to the mountaintop.From 1967 through 1995, he served as chief executive officer of William Byrd Press, then Cadmus Corporation. In recent years, he’s taught at Virginia Commonwealth University and the Darden School of Business at the University of Virginia, focused on his work with non-profits, and headed the board of GrayCo, a family-owned commercial real estate investment company.Wally as affectionately known at LVS has served the grassroots nonprofit for the last 4 years. He met the executive director Jay Patrick during the Emerging Leaders Program facilitated by the Community Foundation. The two have worked closely together ever since and the impact has been remarkable.
Dave Wilson brings and professional background that is unparalleled in regards to building and maintaining a healthy organizational infrastructure that is credible, well-managed, and fiscally responsible. Dave Wilson retired in 2003 as Chairman and President of the Cadmus Corporation. Dave is also a HSC alumni and shares that close brotherhood with our Executive Director Jay Patrick. Wilson’s dedication to Hampden-Sydney athletics is exceptional. He spearheaded the basketball capital improvement projects, created a model for athletic fundraising programs, and has been the President of the Roundball Club for the past seven years. A former member of the Board of Trustees of the College, he served with distinction during his term and was recently elected to the Board beginning this summer. With too many accolades to note, we are just fortunate to have Dave on our team. His passion for helping veterans shines through and is making a significant impact in our efforts to eradicate veteran homelessness in Metro Richmond.

Alex Smith served the Collegiate School for 47 years. He helped establish and strengthen Collegiate’s development office, and in that role, raised funds that reshaped the landscape and grew the breadth of the campus, starting with capital campaigns that led to the construction of Luck Hall and Burke Hall on the Lower School campus.Overall, he has raised more than $130 million for Collegiate, and his most recent efforts led to the construction of Collegiate’s new Lower School cafeteria, Centennial Hall, as well as the signature Upper School building, the Sharp Academic Commons, which houses the Estes Student Center and the Saunders Family Library. As of late, Alex has added author to his resume. Passing on his knowledge as a professional fundraiser in the book “Ain’t Too Proud To Beg.” Alex spends his time now giving back and serving as a mentor and adviser to many. We are so fortunate that Liberation Veteran Services get this caliber of advise and consultation.
Kevin O’Leary joined LVS’s strong advisory board with a focus on development and increasing capacity the advisory board has been instrumental in taking LVS’s fundraising and operations to the next level. Kevin has had a profoundly successful career in the finance industry. Most recently as Vice President and CFO of the Tredegar Corporation. Kevin has spent the majority of his career as a numbers and operational guru and is now partially retired and focused on giving back to his community. His father being a veteran, he found the mission of LVS to be very compelling and one he deeply connected with. LVS is extremely humbled to have Kevin on the team.